Southwark Liberal Democrats have called on local residents to sign a petition which seeks to save the Winnicott pub (formerly known as the Old Justice) in Bermondsey from closure. 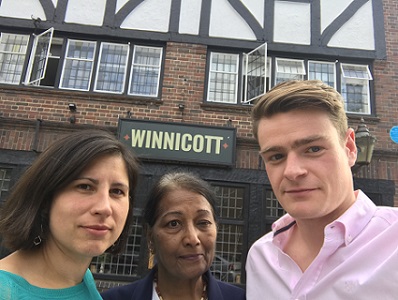 The pub, which was once used for Paul McCartney music videos, is earmarked for development with luxury flats set to be built on the site. However the planning application has yet to be seen by local councillors and it is hoped that pressure from local residents will see the pub saved.

Recently renovated, the pub has a rich history and Liberal Democrats in Southwark are calling for the pub to be listed as a community asset. The ‘Save the Winnicott pub’ petition can be found here: http://www.southwark-libdems.org.uk/save_the_winnicott_pub

“Too many pubs are being converted into luxury flats and the worry is that there will be nowhere left for Lib Dem councillors to have a drink after a long day of door knocking! We hope residents will join us in calling for the pub to be saved from closure and made into a community asset.”