This new team now comprises of:

"I am excited at the prospect of working with my fellow group officers as part of a fresh, fantastic team of Southwark Liberal Democrat councillors. The elections have presented us with a great opportunity to form a new identity that will hopefully lead to us winning more seats in four years' time as we hold the Labour party machine to account. We are all privileged to be representing such an important borough and city. I am sure that, with my fellow group officers, we will be able to help the group co-ordinate itself to achieve its aims.

"I would also like to express my thanks to the previous group leader, Cllr Hamish McCallum, who put a lot of time into improving this group. His passion for the party over many years is undoubtable. We owe him much - and of course he remains as a North Bermondsey councillor and a senior member of the group." 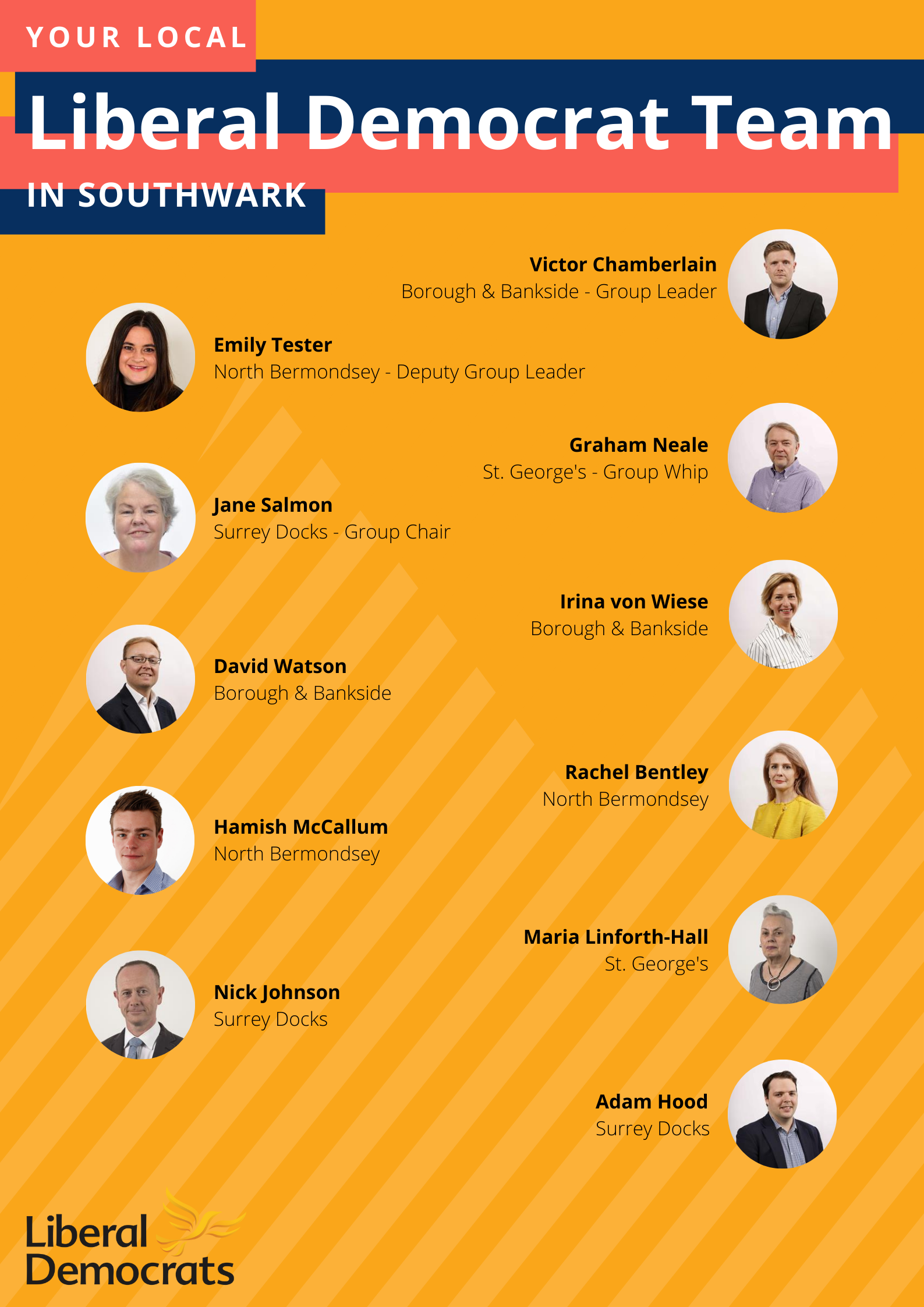