Hopes that the Mayor’s Cycle Hire Scheme will be extended further into Southwark were diminished this week after it was revealed that the cycle hire scheme is not currently considered a prioritised project by Southwark Council. 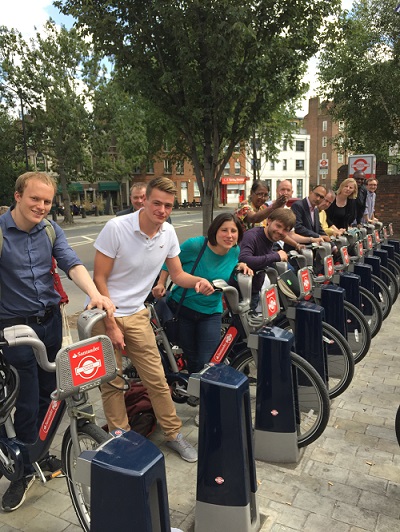 The Mayor’s Cycle Hire Scheme, which was first launched in 2010, has been extended as far out as Bethnal Green and White City however has yet to be extended significantly south of the river.  Southwark Liberal Democrats have long campaigned for the cycle hire scheme to be expanded. And it was hoped that with Southwark Labour promising to: ‘…work with the Mayor to extend Bike Hire across the borough’ back in its 2014 manifesto, and the leader of the council also confirming that the council was willing to support expansion financially should it be needed, that progress may be made. Unfortunately to date the number of cycle hire stations in Southwark has barely changed. With residents becoming increasingly frustrated by the lack of progress, Southwark Liberal Democrats have called on the council to release the necessary funding for the new docking stations. Sadly, it is has been made clear that the cycle hire scheme is not currently considered to be of strategic importance despite promises from Labour that they would work to extend bike hire across the borough.  Riverside Liberal Democrat councillor Hamish McCallum said: “From failing to deliver the promised number of council homes to being unable to provide decent broadband in Rotherhithe, failing to deliver cycle hire schemes is another of Southwark Labour’s manifesto promises that they are set to break.” “Whilst other boroughs have been pushing forward with cycle hire schemes, Southwark has been left lagging behind. The responses we have received from Southwark Labour and the council so far have been extremely discouraging and do little to instil confidence that further cycle hire schemes will be coming to Southwark anytime soon.” “Southwark Liberal Democrats will continue to keep fighting residents’ corner to ensure the London Cycle Hire scheme is expanded in our borough.”