The lack of progress 15 months after the Climate Emergency that Southwark Council declared in March 2019, has been slammed by the Opposition Southwark Liberal Democrat Council Group.

The Lib Dem group successfully called in Labour’s recent cabinet report to scrutiny by raising concerns that the Council was hiding behind the pandemic by reducing consultation on the Climate Strategy. They now call for the Council to work harder to ensure that this does not happen.

Further, despite much posturing last year by Labour about how they were taking climate change seriously in declaring the emergency, the Council has not yet delivered its draft Climate Strategy promised for delivery in February 2020. The Liberal Democrats call on the Labour Cabinet to treat this as the real emergency intended by the declaration.

In response, the Labour cabinet member blamed the COVID-19 pandemic for delays – despite the due date being before the pandemic. He also attempted to blame the Liberal Democrats for adding delay by asking to review why he has failed to deliver.

“This is another example of the ongoing failure in delivery of Labour and paying lip-service to consulting residents – there is no plan and no strategy after 15 months. The word ‘Emergency’ in the declaration that we all supported at Council Assembly last March 2019 must be treated seriously. We need the Climate Strategy developed through quality public consultation urgently to progress this work.”

The Liberal Democrats subsequently moved a recommendation - which was passed unanimously - that an Addendum be produced to the report outlining how this improved consultation will be achieved and that it be brought back to the scrutiny committee urgently – along with the overdue draft Climate Strategy.

Instead, the Labour cabinet member has submitted a letter on 26th May that essentially explains no additional efforts would be put into consultation over June and July and that the draft strategy would not be available before July. In particular, he noted that there was no time to consult youth groups despite being asked to do so by his own colleagues on the scrutiny committee. The Council has several youth initiatives underway and - just last week - a fellow Cabinet Member approved special funding of over £75K for youth projects during COVID-19 over May and June 2020,

“This cabinet member has showed lack of respect for this committee and residents in his response. He has no excuse for avoiding engaging now with youth groups on Climate Change.  This is simply unacceptable when his fellow cabinet member is already engaging on other youth initiatives. This Labour administration needs to get serious about their Climate Emergency declaration and better at pro-active resident engagement – particularly given what the pandemic has taught us about urgency. Our residents deserve better in helping them engage on this critical issue.” 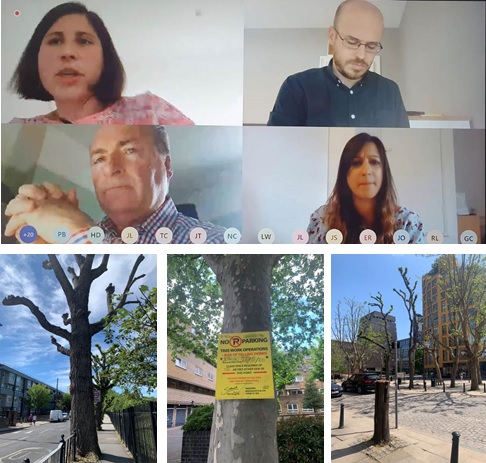 “Thousands of people have come together from all communities and faiths in Southwark to help during the pandemic and we have the opportunity to engage them on this critical issue for our future and children's future. Why isn’t Labour engaging with these groups on this issue now? We have seen a dramatic improvement in air quality during the lockdown so we have a great example of what is possible.”

The Liberal Democrats believe its imperative to engage the public properly on climate change to ensure they are part of this together in supporting and driving through the changes needed to protect our borough and our planet.