The death of Shirley Williams is for so many the hugely sad passing of a campaigning, charismatic, courageous, entertaining, eloquent, energetic, radical, reasonable, rebellious, restless and principled woman of deep catholic Christian faith and commitment to egalitarian, social democratic political reform both at home and abroad.

For many, as for me, Shirley was a most dear, warm and lovely friend, whose role in transforming British politics, creating the SDP and winning the Crosby by-election in 1981 fundamentally changed British politics - among many other things making it much more possible for us to win and hold our Bermondsey and north Southwark Commons seat for over 32 years. 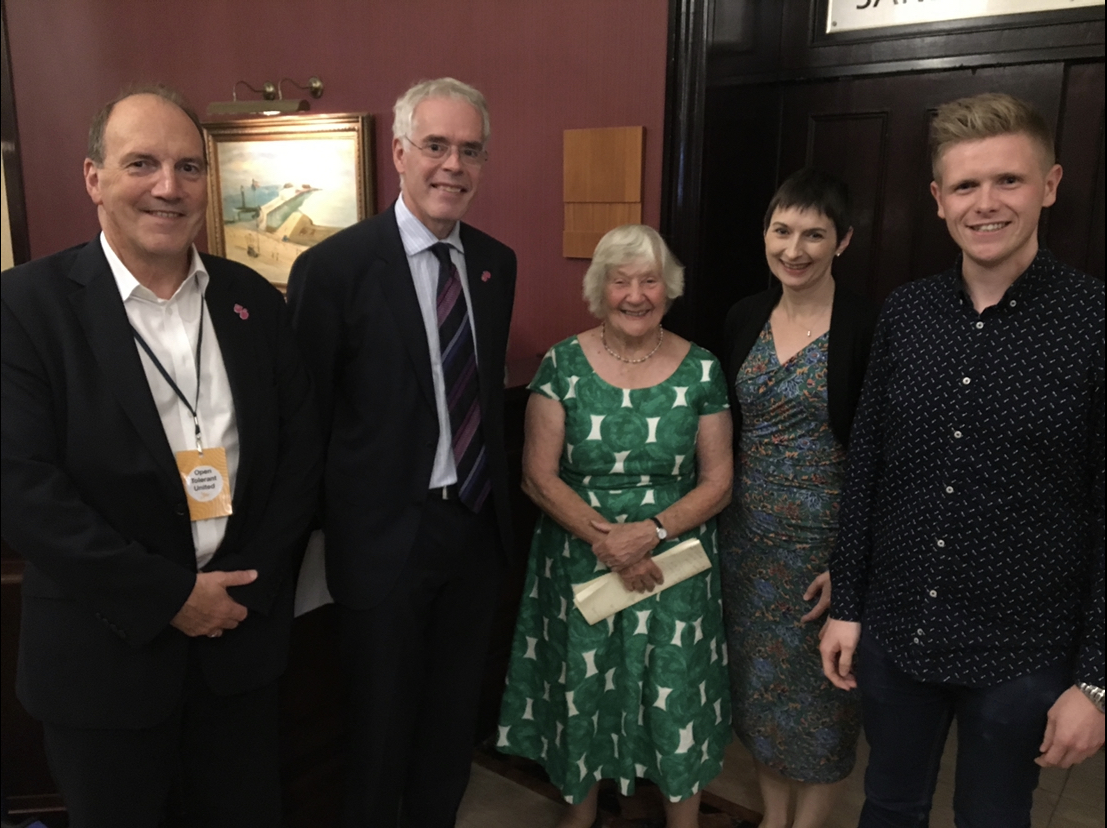 Shirley was diminutive in stature, often self-deprecating about her ability but huge in influence. Many obituaries and opinion pieces in UK newspapers have reminded us that for over 65 years Shirley was widely loved and respected as an intellectual with the common touch - one of our greatest national communicators ( 58 ‘Question Time’ appearances), ‘transcended UK politics’, ‘most influential figures in British social democracy’, ‘most high achieving women in British politics’, ‘matriarch of British liberal politics’,  and ‘the most popular with the electorate’ (though unsuprisingly often not the right-wing press).

Shirley’s political record is the evidence of her relentless and restless energy not just to think, talk and write but to do and to lead. Active and influential in the Labour Party for over 33 years, from the first moment of her courageous and principled decision to set up with others the SDP, the first new mainstream British political party for 80 years, Shirley was then equally active and influential for 40 years in the SDP and Liberal Democrats.

Shirley fought 12 parliamentary elections over 33 years– losing six and winning six: for Labour – losing Harwich (twice) and Southampton Itchen, before winning Hitchin three times and Hertford and Stevenage twice before her widely mourned 1979 loss by 1296 votes, and then for the SDP winning Crosby in 1981 before losing there in 1983 and Cambridge in 1987. 16 years as an MP - 14 for Labour, 18 months for the SDP, and when Labour was in power, in government from her first week to her last in six different departments – Health, Labour, Education, Home Office, and then, in Cabinet, Prices and Consumer Protection, Paymaster General and Education again. Out of office, Shirley topped the poll for the Labour shadow cabinet in 1970, but in 1976 lost to Michael Foot to be Deputy Labour Leader.

After leaving Labour, Shirley was President of two other parties – the SDP and later the Liberal Democrats and sat in the Lords as a Liberal Democrat for 23 years from 1993, including as Leader from 2001-2004.

Journalist, Fabian General Secretary, academic and author as well as MP, minister and peer Shirley was always a social democrat but never a centrist, with particular commitments at home to equality and opportunity for women, equal lifelong opportunities for all in education and training ( hence her legacy of comprehensive schools and GCSEs and opposition to top-up university fees), and the NHS, and internationally to nuclear disarmament, supporting emerging democracies and above all UK membership of our European political family – the reason she could not stay with Labour and the subject of so many great speeches, including her last in parliament.

If Shirley had held her seat in 1979 - or stood to be SDP leader or fought and won the Warrington by-election and held that seat in 1983 - her achievements and the success of our party might have been very different. But Shirley Williams unarguably did so much to make our country a fairer and happier place, and to enhance the reputation in Britain of politics and public service, and our party has been blessed and inspired by her life and service.

For more information please see The Baroness Williams of Crosby