Transport for London has announced changes to the capital’s bus services, with the RV1 singled out to be scrapped altogether. 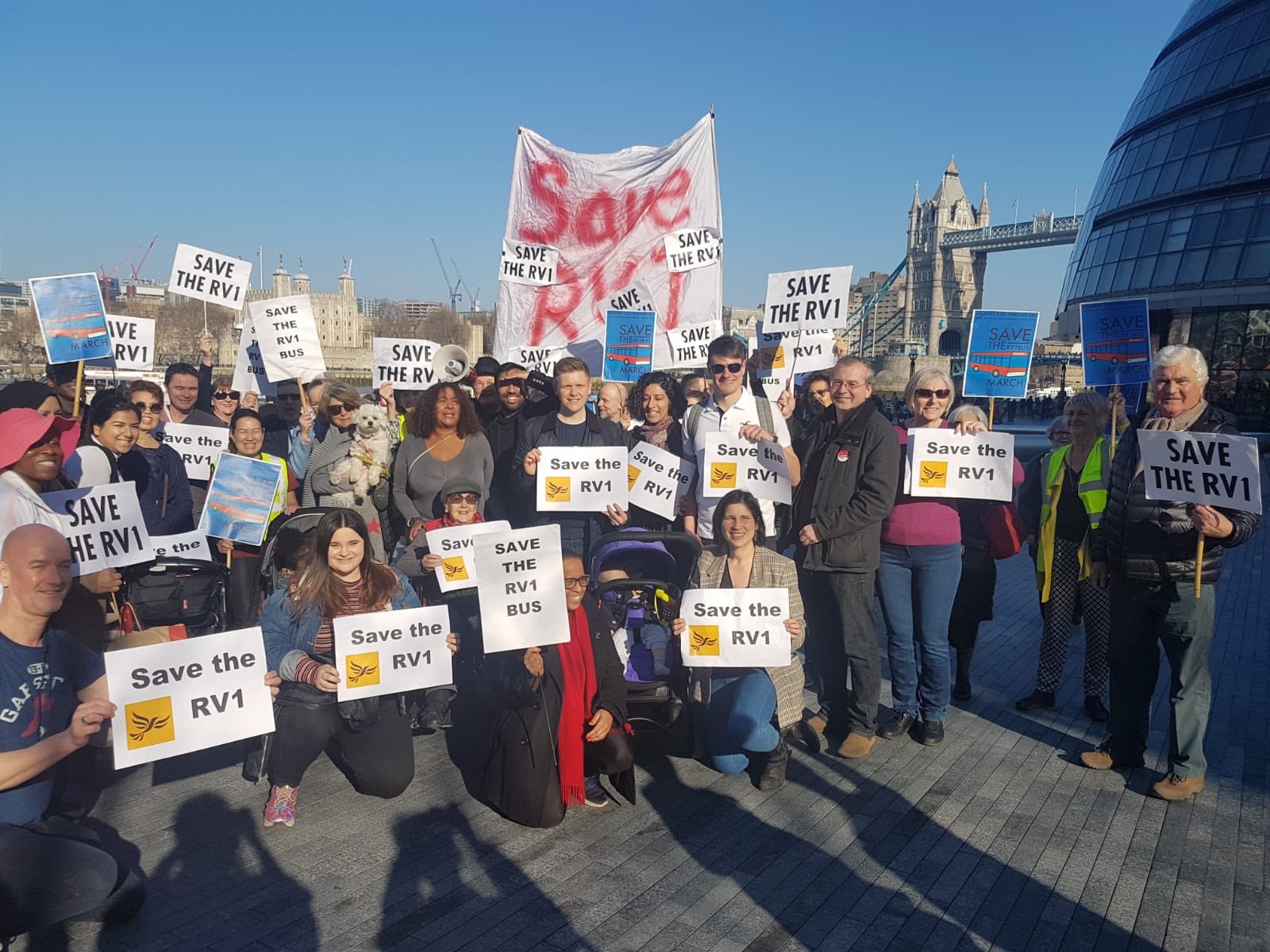 The zero-emissions bus goes through the north of the borough, in one of the worst polluted and fastest developing parts of London. It also stops at a number of visitor destinations, meaning there was always the potential to promote the service as an eco-friendly tourist bus.

Despite the disruptions of the service being cut in half and having to take extra diversions while London Bridge Station was being upgraded, passenger numbers have actually increased over the past year.

Cllr Victor Chamberlain, the Liberal Democrat Councillor for Borough & Bankside has led the campaign to save the RV1 bus, including launching a petition that gathered over a thousand signatories said:

‘The RV1 is a vital local service which thousands of local people rely upon. The Mayor has shamefully turned his back on them. It makes no sense to cut one of the few zero-emission buses in London which serves an area with some of the worst air pollution in the capital. North Southwark is growing rapidly and we need far more good quality and green public transport not less.

Despite its frequency being cut and routes messed around with over the last couple of years, passenger numbers are actually going up. Not only that, but it connects a huge number of visitor attractions so it's ripe for promotion.

Liberal Democrats have led the fight to save the RV1 from the very start. Over a Thousand Londoners signed the petition I launched to save the RV1 and hundreds of local people have been tirelessly campaigning for this.

The Mayor has chosen to ignore them. We are bitterly disappointed by the Mayor’s decision but the fight is not over. The local community will continue to look for ways to save our vital and well loved by bus.’