A charity that the queen is patron of has awarded a Southwark Liberal Democrat councillor for her volunteering efforts.

The Royal Voluntary Service gave 490 people a Platinum Champion Award as part of an official jubilee project that celebrated volunteers across the country. 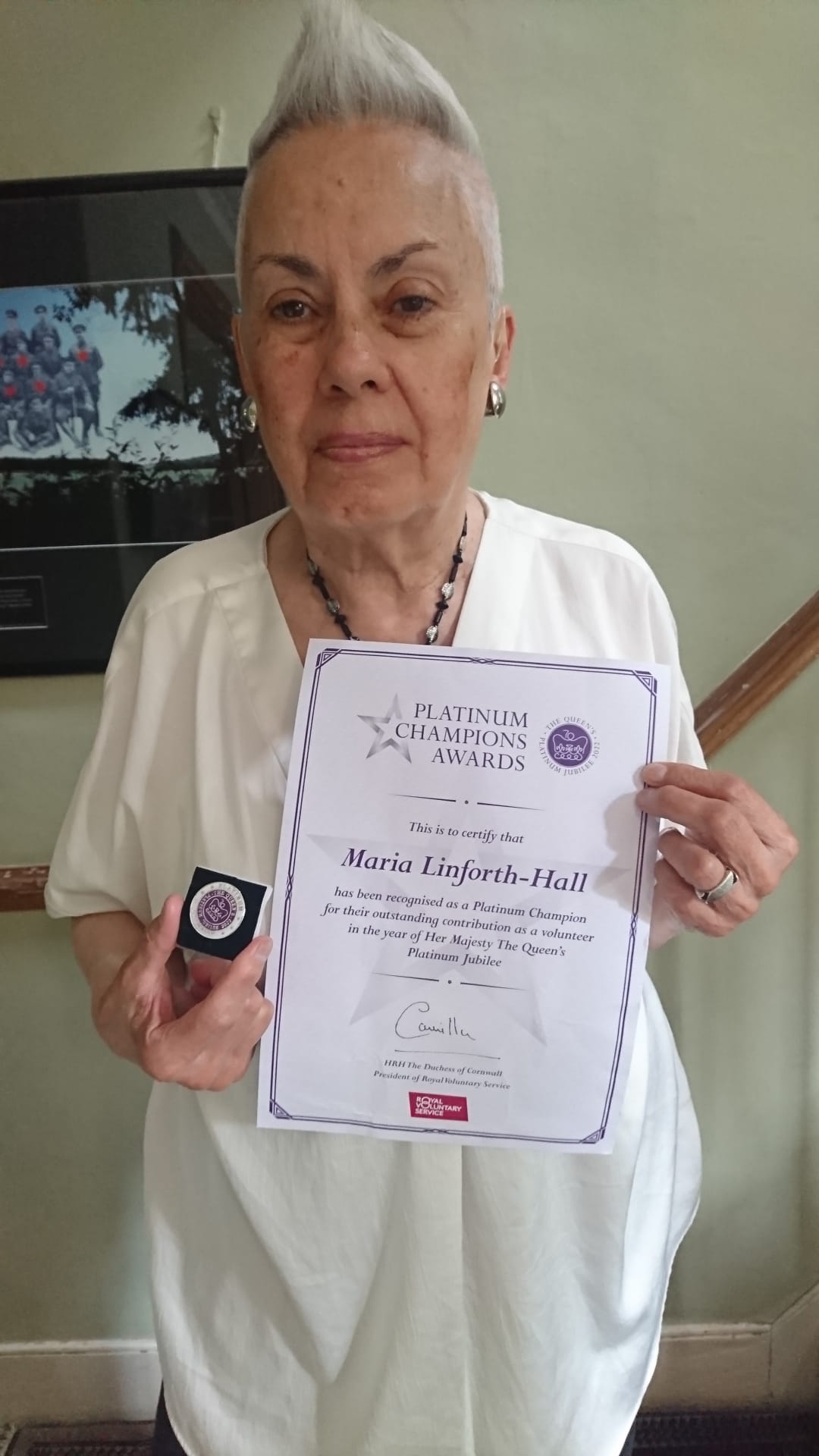 Cllr Maria Linforth-Hall received the award after a panel, presided over by The Duchess of Cornwall, picked who would be a platinum champion from more than 3,000 nominations.

The charity gave each of the 490 Platinum Champions a specially designed pin and a signed certificate from The Duchess of Cornwall, its president.

“Volunteering is an important part of being part of a community and I urge other Southwark residents to give what time they can to help neighbours in need. Of course I am proud to receive an award from such a prestigious organisation. But, most of all, I want to say my thanks to those constituents who nominated me in the first place. They are part of the reason I dedicate myself to charitable causes.”