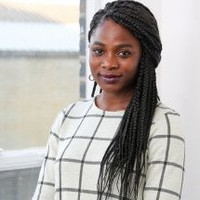 Julia, who grew up in Peckham,  is passionate about stopping Brexit, as well as tackling the injustices and inequality that is so prevalent in London. She is a strong anti-knife crime campaigner, supporting Siobhan Benita’s campaign to deliver a public health approach to knife crime.

On Monday, Labour party conference voted not to commit to campaigning for remain at the next general election. Camberwell and Peckham voted overwhelmingly to stay in the European Union in 2016 and have been let down by a divided local Labour party that is aggressively trying to challenge a sitting remain supporting MP, rather than standing up for residents on Brexit.

At the European election in May, the Liberal Democrats did extraordinarily well in Camberwell and Peckham, achieving their best ever result and sending a strong message that the constituency wishes to remain in the EU. The party is now the only opposition to Labour in Camberwell and Peckham and is hoping to achieve an even better result in the upcoming general election.

‘I am absolutely thrilled to have been selected as the Liberal Democrat candidate for Camberwell and Peckham, the area that moulded my formative years. People in this area have been represented by Labour for generations, but it is clear that Jeremy Corbyn will not stand up for us and commit to stopping Brexit on day one. Outside of Brexit, this area needs an MP who will challenge the government to invest in our young people and tackle rising violent crime.’