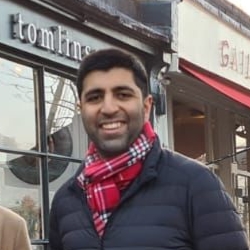 Raghav has been campaigning across Dulwich with the Liberal Democrats over the last few years to ensure your voice is heard and that the council works effectively for & alongside voters. He is also the Liberal Democrat Diversity Officer for Southwark, fighting for greater diversity in Politics.

By trade Raghav is an Entrepreneur & an Executive Life Coach and he is passionate about working closely alongside you to make Dulwich Village safer, to take leaps forward in tackling the Climate Emergency and to ensure its residents are well represented and at the heart of decision making in the council.

Raghav feels frustrated that the Labour council haven’t done enough to listen adequately and respond to local issues in the Village, along with addressing their poor record on housing adding to the number of empty homes in Southwark along with the lack of affordable housing.

He will also be fighting for greater protection of green spaces across the Borough. 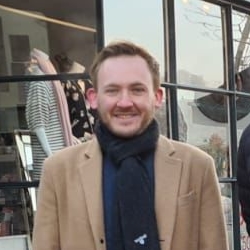 Richard has lived in the Herne Hill area for a decade and is a lawyer at a human rights organisation as well as a trustee at a London-based charity.

He wants to see greater efforts put into making sure that Dulwich and Herne Hill are safe and secure places to live, by putting more resources into preventing and tackling crime, and making the areas safer for cyclists through more cycle hangars and extending the Santander Cycle Scheme to the area.

Richard is frustrated with the Labour council’s lack of responsiveness to local people’s concerns, and wants to make sure that the community and its residents are listened to and consulted in a meaningful way when making decisions.

He also wants to see the Council put more efforts across the borough in tackling inequality and providing more opportunities for young people in the most disadvantaged areas.